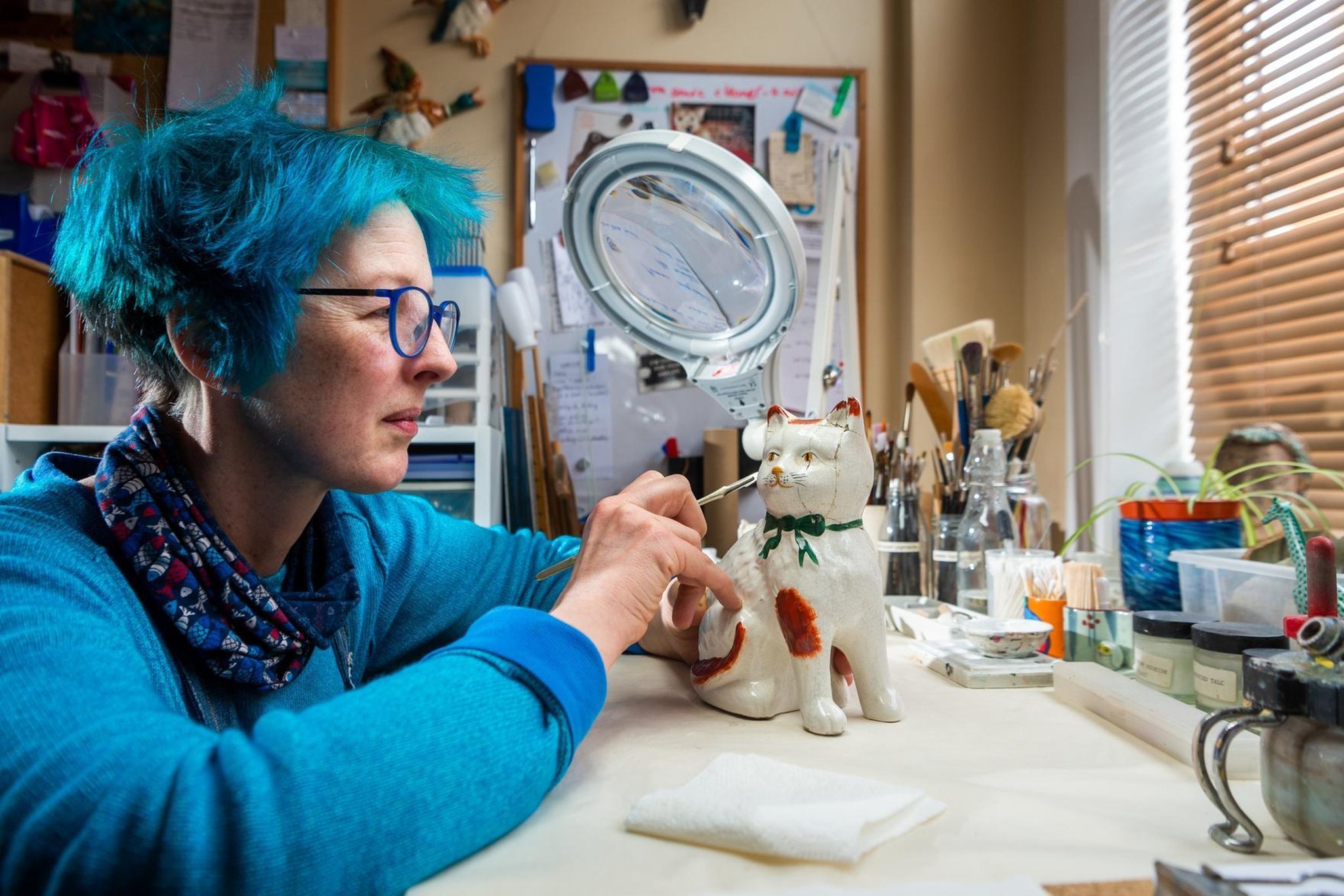 For Kate Smith, a professional ceramic restorer, it is her job to piece together these sentimental symbols of childhood and family for many years and more repairs to come.

The York-based craftswoman fell into ceramic restoration work quite by chance after trends in society and culture changed, leading to a drop in demand for her original work in making models and busts of heritage sculptures for the Jorvik Museum.

Register to our daily newsletter

York-based Cracked Pots antique restorer Kate Smith. Kate restores ceramic antiques, even those that are in many pieces similar to a jigsaw puzzle, taking a lot of time to remove old glue and carefully rebuild the item in pristine condition.

“My mother had a friend who thought being a ceramics restorer would suit me.

“It’s mostly sentimental value. If I had a pound for everyone saying ‘it’s worthless’ I would have retired years ago.

“These are things that people have around the house that they love, that were given by grandparents or when they were children and that have been badly repaired over the years by grandfather with glue.”

Other requests are a bit more unusual.

Under the microscope – restoring old heirlooms can be a long and tedious process for Kate Smith, the founder of Cracked Pots.

Here are the five-star antique shops in North Yorkshire, according to for…

Customers always ask Ms. Smith how long will it take to fix a part, “how long does a piece of string last?” she says.

The simplest tasks end up being the trickiest and the most laborious ones turn out to be much faster.

On one occasion she broke the part she was restoring and on another, where she was delivering a repaired item to a customer, she accidentally threw the spinning box through the air which landed in the bowl of dog water. Luckily it was well packaged.

She uses varnishes and enamels to recreate the ceramic look and models missing or broken pieces.

Having attended art school, then an applied arts degree and evening classes in metalworking and textiles, there isn’t much she can’t turn to and her skills have led her to be invited to participate in an idea for a new TV show.

The Repair Shop is currently showing on BBC 1 and is now in its ninth series – but Ms Smith doesn’t regret turning it down.

She added: “They rang a few weeks before it went into production. At that time, I had never seen the show and had no idea what happened, but I said you can’t restore ceramics with metal work. It was my busiest time of the year and I said no.

“I’m ok with that and I don’t regret it and I still have a lot of work to do. People now realize that you can get things fixed when in the past they couldn’t.

“People burst into tears – for a good reason. Most of the time they can’t remember where the repair was, you name it.”

Ceramic artist to make free mugs for veterans, families, others