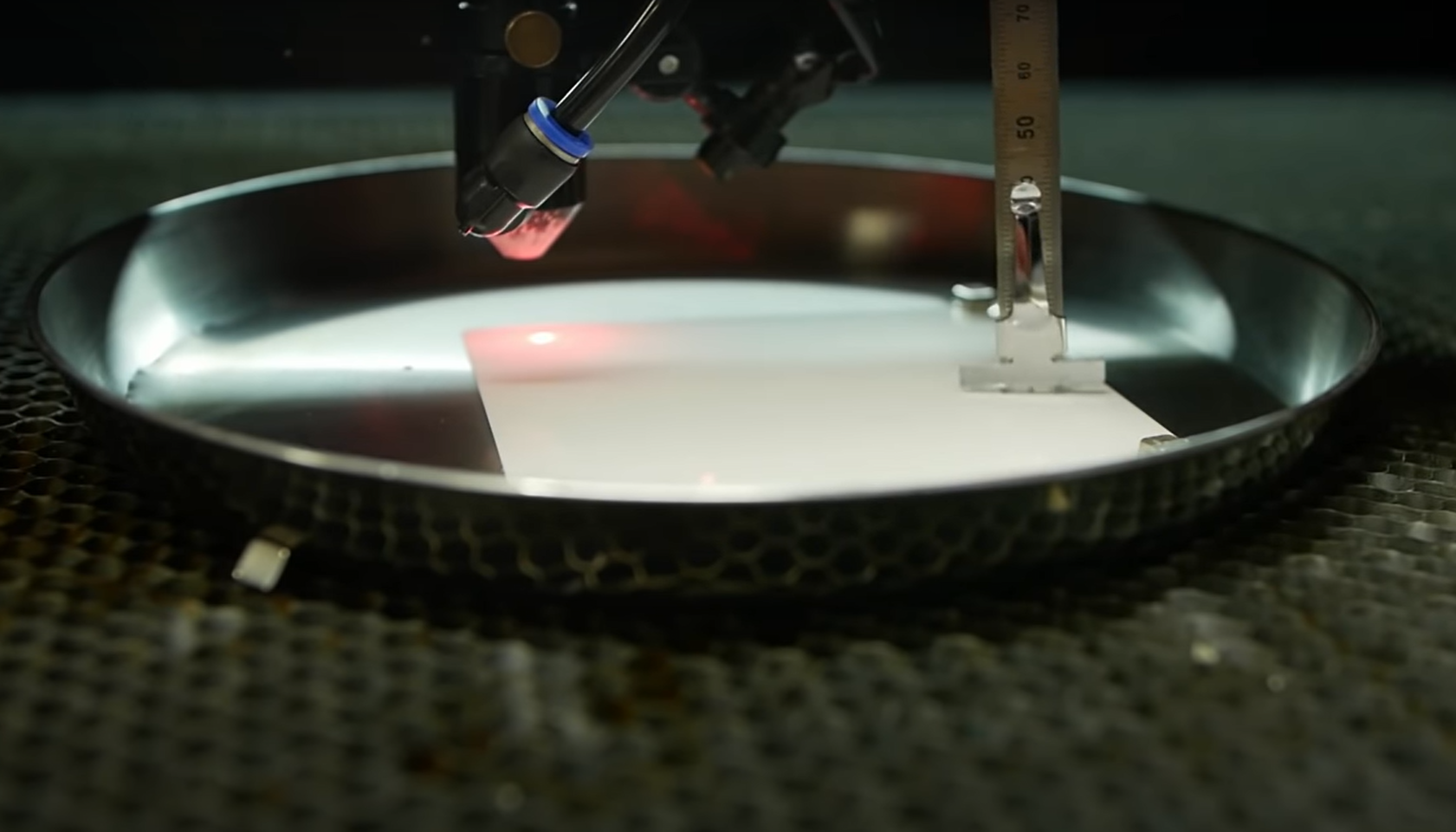 [Ben Krasnow] at Applied Science was experimenting with cutting inexpensive ceramic sheets with their inexpensive CO2 laser cutter when they discovered that (as expected) the heat shock from the CO2 beam would cause the part to crack and break. After much experimentation, he came across a simple solution: submersion under a thin layer of water was sufficient to remove excess heat, avoid thermal shock and eventually cut the material. Some prior art has been discovered, which we believe is this PhD thesis (PDF) from the University of Manchester in the UK. This is a great read for anyone who wants to dig a little deeper into this technique.

The CO2 laser cutter is a very versatile tool, capable of cutting and engraving a wide range of materials, many of which are of natural origin, such as cardboard, leather and wood, as well as some plastics and other synthetic materials. But, there are also materials that are generally off limits, such as metals, ceramics, and anything that doesn’t absorb the laser wavelength properly or is too reflective, so having another bowstring is a good thing. After all, not everyone has access to a fiber laser.

After getting rid of the problem of cutting ceramics, it became even more interesting. He deposits conductive tracks that are strong enough to be soldered to them. A mask was made from a sheet of vinyl and a squeegee used to deposit a thick layer of silver and glass particles of 1 µm or less. This was then sintered in a small oven, which was controlled with a Raspberry Pi running PicoReFlow, and after a little rubbing the surface resistance was a very usable 2mΩ/sq. Holes cut with the laser, as well as silver material pushed through with the squeegee formed through the holes with no extra effort. It’s pretty cool!

Solder paste and parts were added to the demo board, and with an extra push for no real reason other than him, re-melted by simply applying power directly to the board. A trace of heating had been applied to the bottom surface, making the board capable of self-refusing. It’s cool !

Thank you [Baldpower] for the tip!