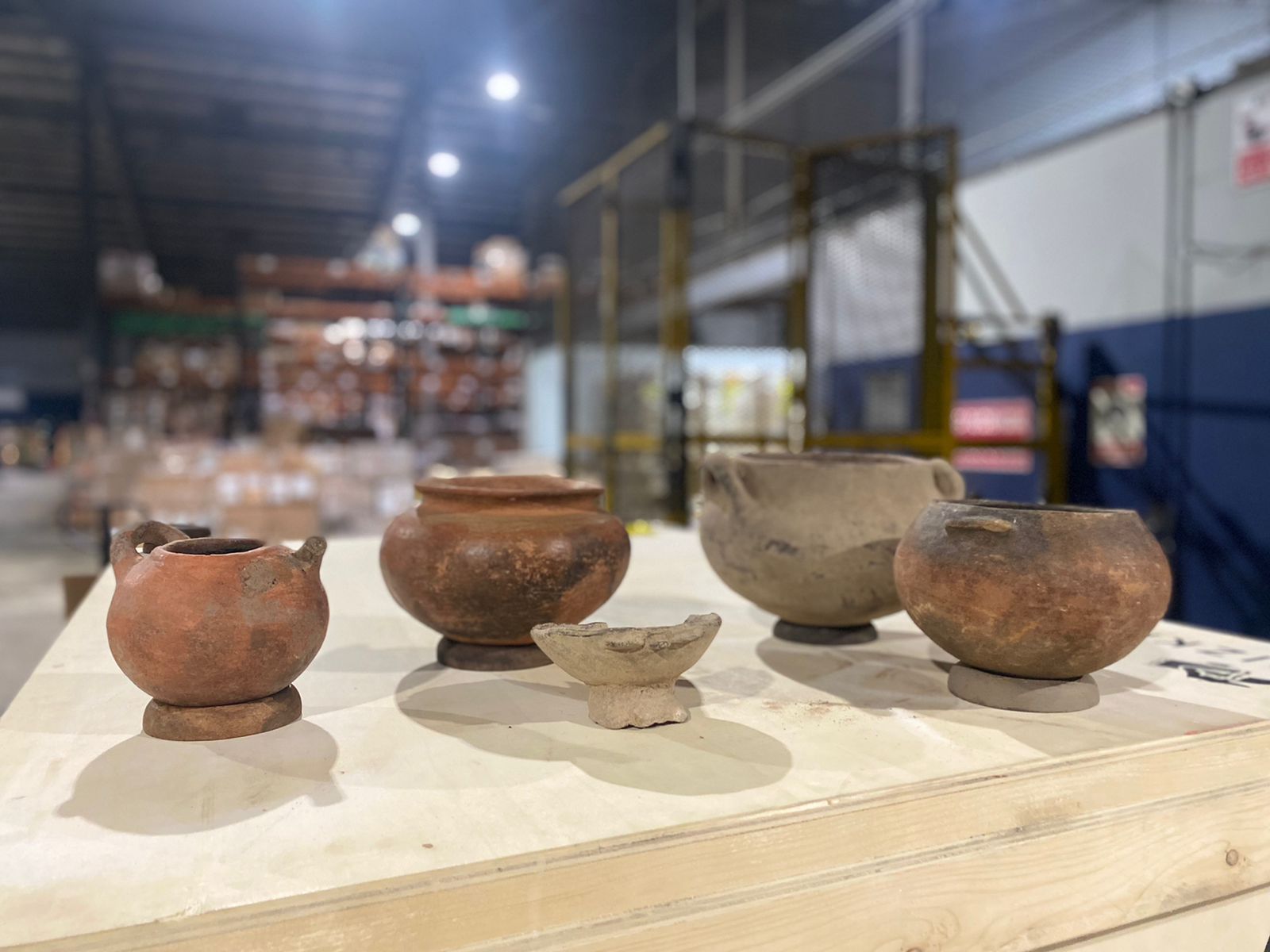 Dutch authorities have repatriated 343 pre-Hispanic pottery to Panama, according to a statement from the Central American country’s culture ministry late last month.

Panamanian leaders received the artifacts at Panama City International Airport. Researchers will now get to work learning more about the history and meaning of the objects so they can eventually be put on display at the Museo Antropológico Reina Torres de Araúz.

The museum, named for a Panamanian anthropologist, has been closed for renovations since 2012. It was supposed to reopen in 2019, but another renovation project pushed the date back to 2023.

Panamanian officials initially tried to recover the ceramics in 2018, but those repatriation attempts failed, according to the government. The country’s leaders, including Elizabeth Ward, Panama’s ambassador to the Netherlands, restarted their efforts in March this year. Ward contacted Leiden University, where the pottery pieces were kept, and said Dutch university officials had expressed an interest in returning the collection.

The repatriation is part of a wider campaign to “protect Panama’s cultural heritage and combat illegal trafficking”, as Sarah Morland writes for Reuters. Panamanian officials said they also expect another repatriation of historical artifacts from Italy.

“This is the largest repatriation of archaeological pieces in the history of Central America,” Erika Mouynes, Panama’s foreign minister, said in a press release.

The shipment from the Netherlands included bowls, plates, funerary vases and grave goods, reports Hyperallergicit is Billy Anania. Many are unadorned, but others feature hand-painted geometric designs and evidence of clay modeling.

Potters originally created the pieces during the first millennium AD in the Gran Coclé region of Panama. Experts speculate that someone unearthed the ceramics around the time Panama declared independence from Colombia in the early 1900s.

A Dutch businessman bought ceramics in Panamanian markets in the 1960s and 1970s, says Alex Geurds, an archaeologist at Leiden University. Hyperallergic. When the businessman retired in 2017, he donated the historical artifacts to the National Museum of Ethnology in Leiden. Soon after, university archaeologists decided to offer the pieces to Panamanian officials.

The businessman “did not do anything illegal” in buying the pottery, Geurds says.

“[T]”The market was there in the first place because there is an active supply and demand mechanism that drives the traffic in ‘antiques’ to this day,” he adds. “These materials here are not high-priced items you’ll see at Sotheby’s, but they are the undercurrent of this market.”

The return of Panamanian ceramics is just the latest in a series of repatriation efforts from institutions (including the Smithsonian) around the world. Last month, the Metropolitan Museum of Art repatriated artifacts stolen from Nepal, and the Museum of the Bible returned a Gospel manuscript to Greece.

Earlier this year, the Rubin Museum in New York agreed to return religious artifacts to Nepal, France returned 15 works of art looted by the Nazis from Jewish families, Germany and Austria repatriated remains ancestors in Hawaii and Harvard University donated the Chief Standing Bear tomahawk pipe to the Ponca tribe.