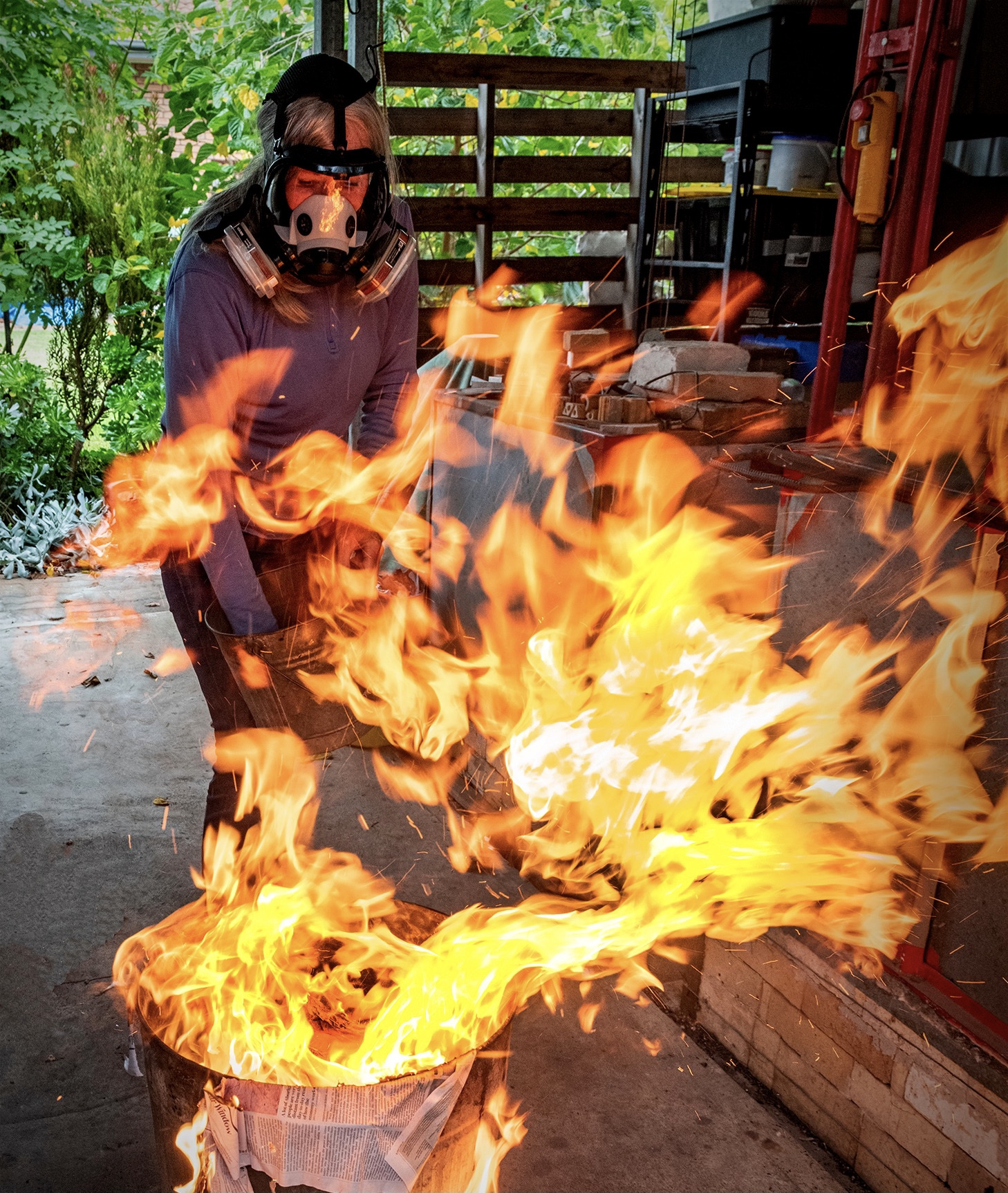 TAKE IN the excitement of raku artwork at a new exhibit at Bendigo Pottery.

Ceramic artist Ri Van Veen made a series of works for her in a westernized version of Japanese pottery Earth and Sky exposure.

“I mostly use raku because it’s exciting,” she says. “You shoot at 1000 degrees, you take the job out when it’s hot, you have gloves and a mask and put it in a bin with sawdust.

“It immediately catches fire, you put more sawdust and paper on it, then you put a lid on it.

“What happens is that the flames then interact with the glaze and it’s as if the flames are painting the glaze. They create a beautiful image and surface.

“I also have three large posters that show part of the making and cooking process, which helps people understand.”

While now based in Bacchus Marsh, Van Veen said she first learned the trade locally at university.

“I started a Bachelor of Fine Arts in 2005 after falling ill with chronic fatigue,” she said. “What started as therapy then became my life.

“The very first time I made it, I was hooked. I designed and built my own raku kiln in my workshop.

“I had very good feedback [on the exhibition]it is very different from the work that is done in pottery.

The exhibition is to be found at the CLAD gallery space until June 26th.