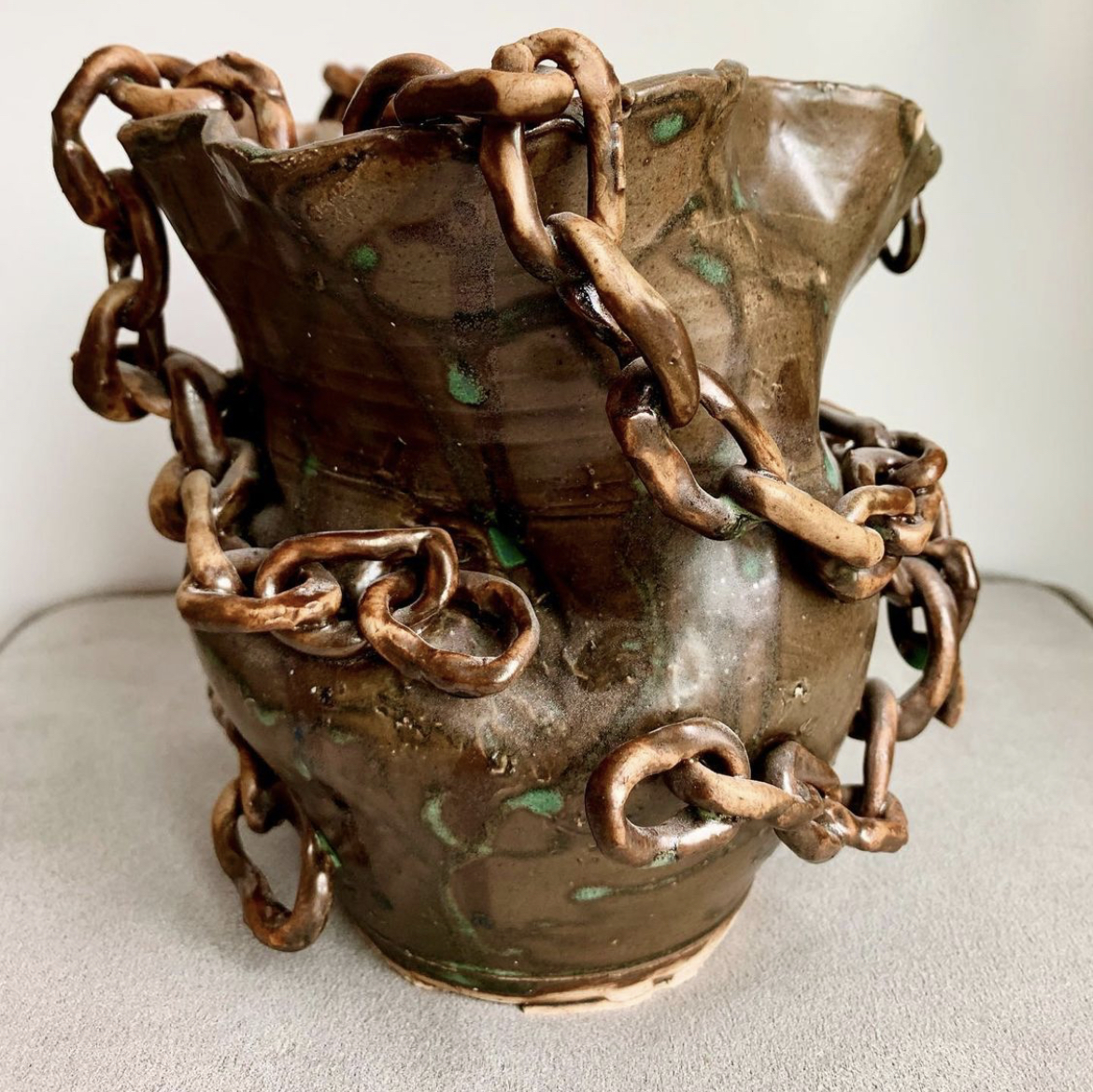 One of Kitei’s pottery pieces from his ceramic exhibit with Project FILO. Kitei is one of many NU students who create ceramics in their spare time.

Last summer, Weinberg’s sophomore, Jane Clarke, began making pottery at the Lillstreet Art Center in Chicago. Today, she continues to have an interest in pottery on the ARTica Studios campus.

Clarke is one of many students creating ceramics in their spare time, with some even starting businesses from the activity. She said she enjoyed the positive culture of the classes, the people at ARTica studios, and the tangibleness of the pottery.

“Being able to do something with your hands – it’s so therapeutic,” Clarke said.

Weinberg senior Ronit Kitei said she likes to push the clay, which she says is very flexible, to its limits.

Kitei began her ceramics journey in eighth grade and continued through high school. When she applied to Northwestern, she said she was told a ceramics program existed, but later found out that was not the case.

“(It was) super not ideal,” Kitei said. “I ended up finding classes at the Evanston Art Center and have taken classes or come during studio hours since my freshman year.”

Today, Kitei said she enjoys mixing throwing and handcrafting techniques to create pieces that are both structural and functional.

Weinberg’s sophomore, Lev Rosenberg, got his start in ceramics thanks to his father, who is also a potter, and he makes pottery at ARTica Studios. He said he was mostly interested in the dual nature of ceramic pieces, in that they can have purposes in the home but also be visual art.

“I like to make things that lean towards sculpture but still be functional, like a teapot that’s a donut,” Rosenberg said.

ARTica offers pottery classes open to NU students and the public, as well as a membership option allowing people to use the studio to create independent projects.

While Rosenberg enjoys doing ceramics at ARTica, he said there are barriers to getting involved. A NU student membership is $155 for Fall 2021.

“Not only is it expensive, but I can’t bring other people in and teach them how to throw,” Rosenberg said. “If someone wants to get into it but doesn’t have the resources, it’s definitely limiting.”

He added, however, that the expense may not have been ARTica’s fault, as he said he doubted it would receive “real funding”. To help cover pottery costs, Rosenberg started a business through her art account on Instagram, @lev.artstuff. He works on commission, that is to say he makes pieces on demand.

Kitei also started a pottery business named RLK Ceramics. She took commissions and sold her art through Project FILO, an artist incubator that started at Northwestern. Both Kitei and Rosenberg said their businesses started organically: When friends became aware of their art, they started asking for mugs, bowls, ashtrays and more.

“At the end of the day, I hope I can just give people pieces that bring them joy and make them happy,” Kitei said.