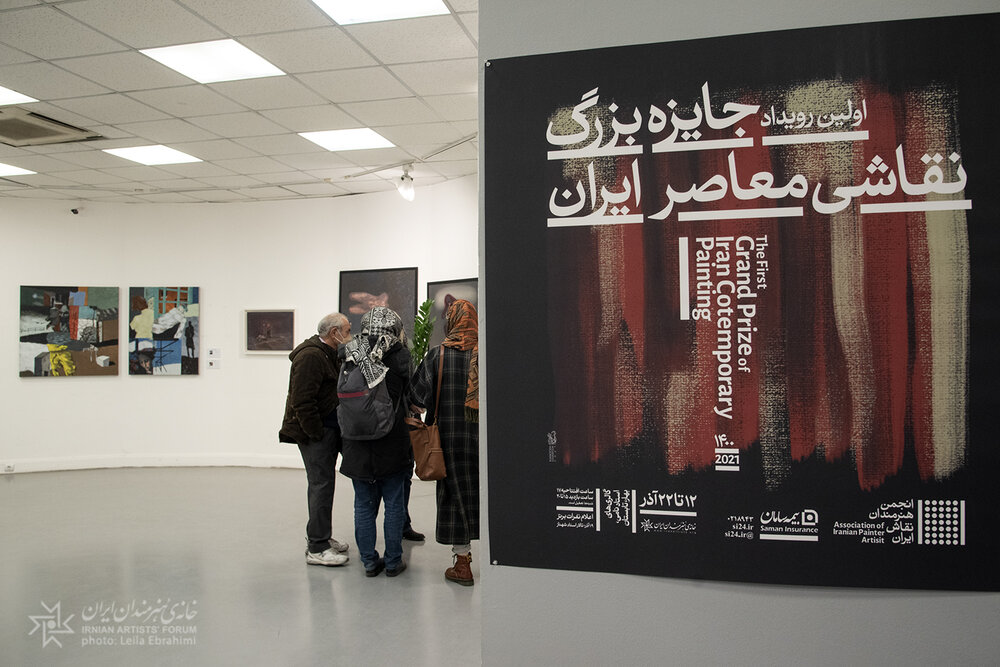 TEHRAN – Maryam Esfandi was selected as the winner of the Iranian Contemporary Painting Grand Prize during the first edition.

She received the award, which was launched by the Iranian Painters Association, in a ceremony held Friday evening at the Iranian Artists Forum.

An exhibition featuring a selection of submissions to the event is underway in the Bahar and Tabestan galleries of the forum and will run through Monday.

Speaking at the ceremony, Iranian Painters Association director Amir Rad said the association plans to launch the award in early 2020, but the COVID-19 pandemic has forced them to postpone the award. event.

He also expresses his hope that the award will last for years to come and remain as grand as his title.

The ceremony continued with the Mani and Mana Awards, awarded each year by the association.

The Mani Awards are presented to at least two artists who have helped promote the goals of the association during the year, while the Mana Award is dedicated to an artist who has actively participated in artistic events during the year. ‘year.

Haqiqatshenas has already been honored at the Tehran International Contemporary Drawing Exhibition and the Bangladesh Asian Art Biennial.

Zehtab, one of the best disciples of the eminent Iranian artist Aidin Aghdashlu, considers traditional Iranian elements, geometric patterns, myths and symbols in his works.

The Mana Award went to Farshid Maleki, an artist of the second generation of Iranian modernists. He started his artistic career with abstract paintings, then focused on expressionism and surrealism.

He has organized numerous solo and group exhibitions in Iran and other countries. and is the author of several books.

The Lajevardi Foundation and the Emkan Gallery, two major art centers in Tehran, published his black and white drawings in a book called “Farshid Maleki” in 2017.