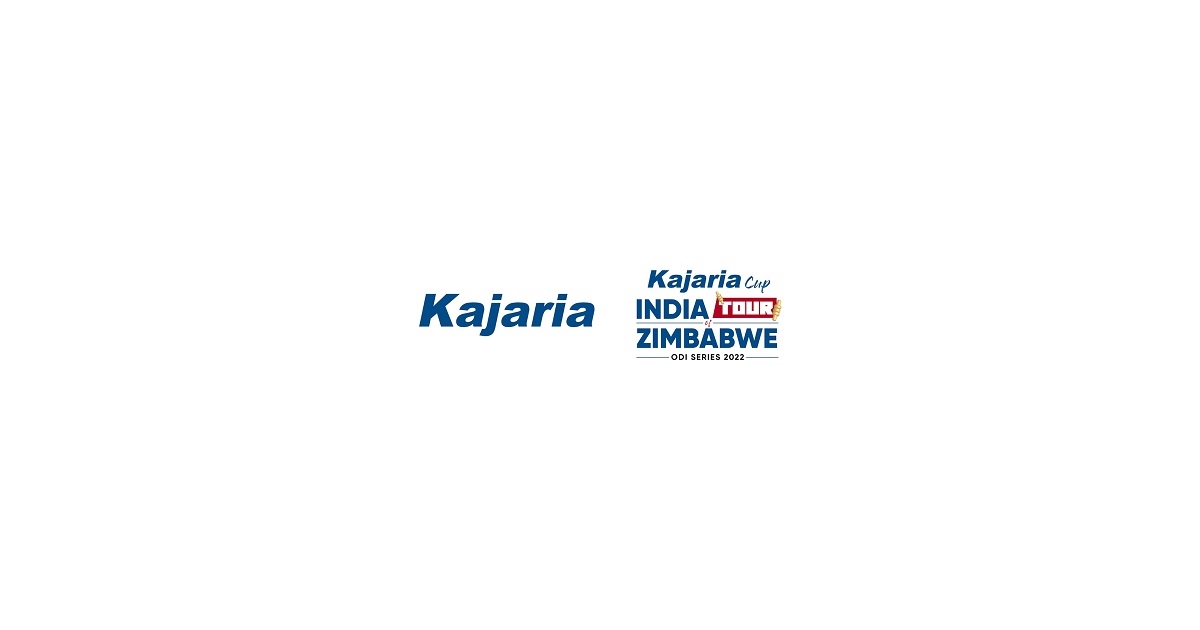 As the India men’s cricket team embark on their first tour of Zimbabwe since 2016, a household name will re-enter the cricket sponsorship arena.


Kajaria Ceramics today announced that it will be the title sponsor of the three-match ODI series, known as the Kajaria Cup.


The tile company, a market leader in its segment in India, has been associated with cricket, including on-pitch presence through billboards as well as on-air branding during TV games , but this will be his first foray into title sponsorship.


Speaking about the association, Mr. Rishi Kajaria, Co-Managing Director of Kajaria Ceramics Ltd, said, “Kajaria has been a long-time supporter of cricket and is proud to be the title sponsor of the upcoming ODI series between India and Zimbabwe, because there is no other platform that reflects the unanimous choice of Indians as cricket does. The same goes for the admiration our customers have for the brand.


“We look forward to some tough competition as Zimbabwe are a great side who have had great results recently, and the Indian team will have players looking to assert their authority on the international stage.”


Commenting on the association, Zimbabwe Cricket Chief Executive Mr. Givemore Makoni said: “We are delighted to welcome Kajaria Ceramics as the title sponsor of this series.”


“Top-level competitions like these are important for cricket in Zimbabwe to thrive and for the world to witness the talent and entertainment our superb team have to offer, and we are pleased to receive support from brands such than Kajaria, allowing us to host a spectacular event here at Harare.


The Indian team will be led by KL Rahul, with Shikhar Dhawan as vice-captain and includes emerging stars like Ishan Kishan and Deepak. Hooda.


Meanwhile, the Zimbabwe side led by Regis Chakbva will feature Sikandar Raza, who inspired his side to an ODI series win over Bangladesh in Harare in early August.

Kajaria Ceramics is the largest manufacturer of ceramic/vitrified tiles in India and the eighth largest in the world. With a record of excellence that spans three decades, Kajaria’s innovative products have outfitted millions of homes across India and its state-of-the-art technology and cutting-edge manufacturing techniques have made it the n #1 in the industry. Kajaria has 10 manufacturing plants in India for tiles and bathware and has won the Superbrand title 12 times in a row.