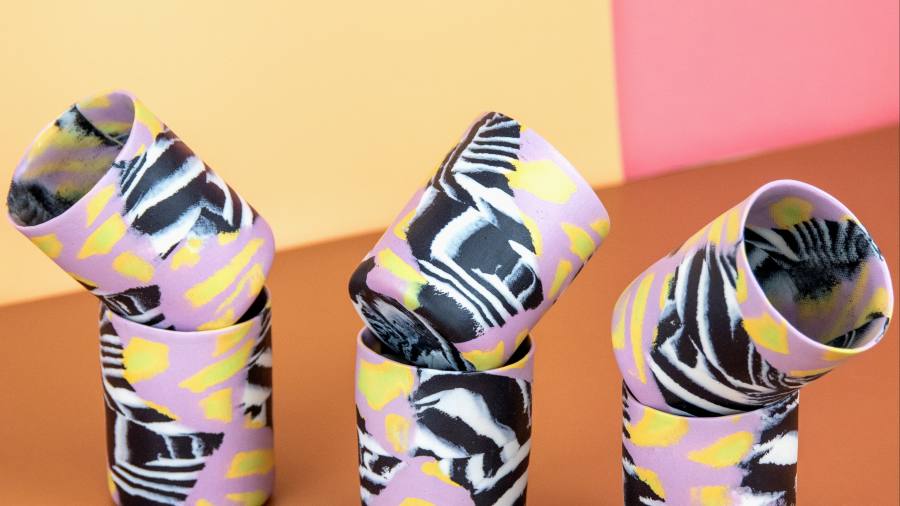 I stumbled upon the world of cutthroat ceramics on a recent Sunday afternoon. I remembered it was almost 2 p.m. and suddenly pulled my car to the side of the road. Ignoring the screams of my kids in the backseat, I loaded the website of Ginny Sims, a Minneapolis-based craftswoman whose Victorian aesthetic had caught my attention on Instagram. She had mentioned an upcoming sale and I took note, congratulating myself on what I thought was my own personal discovery.

I started refreshing until the artist’s homepage gave way to a grid of his one-of-a-kind pieces – plates and cups featuring blurry cameos and glazed landscapes in a Matisse-like palette . Surprisingly, the words “SOLD OUT” appeared above each item. There was only one Sèvres-style teacup left, which wasn’t exactly my cup of tea. Nevertheless, a sharp elbow impulse had triggered, and I caught it. Or tried. By the time I had swiped my credit card information, the item had been claimed by another cup-hungry monster.

Today, the same level of ruthlessness that accompanies every Yeezy sneaker drop and every Telfar bag release has seeped into the beautifully bushy province of pottery. It’s a global phenomenon, from Sims in Minnesota to Mudbelly, 34-year-old London artist Phoebe Collings-James’ boutique, where every item is sold out, and Kendra Yee, a 26-year-old artist based in Toronto, whose fans clamor for his signature “Sour Keys”, which resemble anthropomorphic bottle openers.

“You can’t do that,” California artist Amy Keeler tells me when I tell her about my Sims experience. “These sales are like shark meals. You have to pre-program your credit card number so you can buy it with one click.

Keeler’s strategy doesn’t stop at the payment method. She and her partner plan days in advance and decide which things they will each jump on when they log in from their separate devices. Keeler logged on to her first sale of Ginny Sims at the start of the pandemic and didn’t miss any of the last five timed drops (or “dirt drops,” as Studio Hecha’s Haley Bradley calls them). “I’m sitting there with my hands shaking and it’s a major adrenaline rush when I get something,” says Keeler, whose desert home now features more than 30 Sims pieces. “I keep saying I have to stop.”

“It’s like trying to buy something from Supreme,” says fellow ceramic fan Rachael Dominguez. “It’s embarrassing to be an obsessed adult person.” When she failed to grab the Ginny Sims mug her heart was attached to, she made a painting of the salmon ship with a yellow handle and posted it to her own Instagram account. Another follower was so touched that she posted a reversed version of Dominguez – with a yellow body and a salmon handle. “These mugs transport me to a fantasy world where I live in the Cotswolds and drink my tea and watch my old lady’s mysteries and it’s all good,” says Dominguez, who lives near San Francisco airport with her husband. and her teenage son, a competitive yo-yo player.

Why are so many of us caught in the crosshairs of this ceramic craze? Part of that is surely human nature and the tendency to grab hold of something before it’s gone. But it goes further. The pieces are both functional and decorative (Sour Key holders wear their treasures as necklace pendants or hide them in their plants). Plus, they zoom beautifully. “There’s a rawness to it,” says Brooklyn ceramist Dustin Barzell, who uses a newsletter to advertise his drops, which typically sell out in less than five minutes. “You can see the process and the humanity in the pieces,” he postulates. “People can imagine themselves doing the work themselves.”

Skincare entrepreneur Margeaux Gertmenian — the founder of Deep Roots Botanical Goods — surveys the Instagram pages of ceramic-focused boutiques like Vestige in Philadelphia and Mociun (pronounced “movement”) in Brooklyn, and makes a point of honor to set the alarm on her phone for drops from her favorite ceramic artists, including Signe Ceramics and Workaday Handmade. “The Frenzy is like an old fashioned sample sale, but it’s a little worse because it’s online so you can’t see who’s trying to knock you out.”

I barely had a chance to get knocked out when I showed up to another timed sale a few days later. As dinner was burning on the stove, I started Suzanne Sullivan’s website. The cult ceramist from Brooklyn had decided to appease her fans with a release at 6:30 p.m. of 25 tiny pinch jars, whose intricate zig-zag and spiral patterns recall ancient cuneiform treasures. Within three minutes, half the goods were gone. Five more minutes, and his homepage has been stripped bare.

“Suzanne’s work brought out a side of me that I didn’t know existed,” says Karen Casey, who lives in Brooklyn. “I’m not a big customer – I keep recycling the same four outfits over and over again – but when a friend posted a picture of her wine in one of Suzanne’s goblets, I knew I wanted to buy one. ” Casey now owns five of Sullivan’s works.

The frenzy is actually not unique to shoppers. Barzell can’t help but watch the sales go his way as his items disappear in the blink of an eye. “It’s stressful, but it’s fun,” he says. But the feast-or-famine mood has become too much for ceramist Isabel Halley, who has made a habit of offering her signature striped products to order: “It’s more sustainable,” she says. she. The waiting time is longer, but she has found her way back to the fundamental essence of the medium. 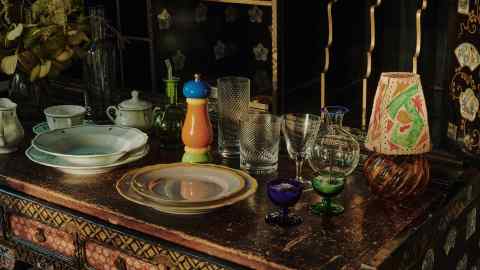