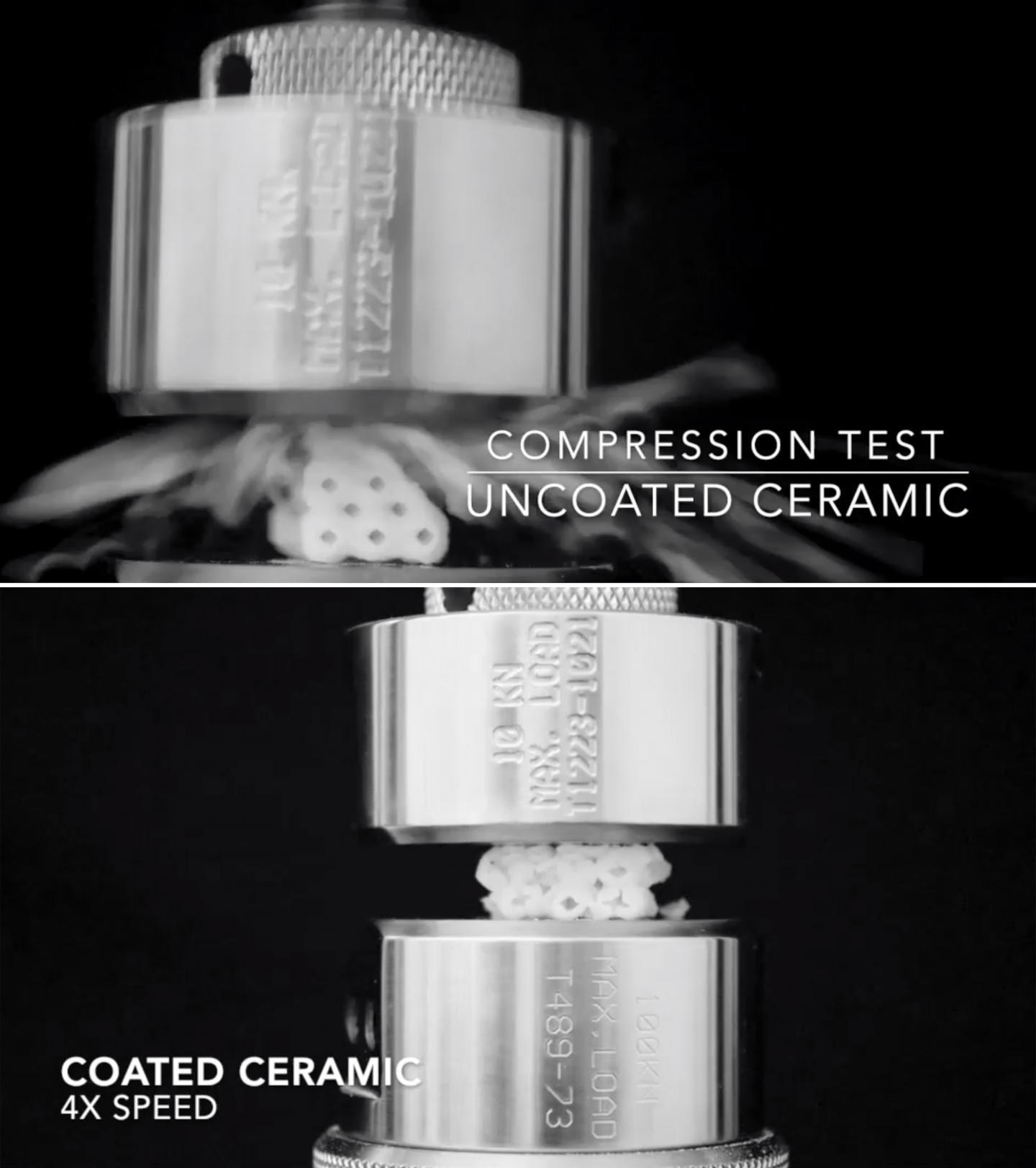 Hard ceramic coated with a thin film of polymer

Researchers at Rice University have claimed that a thin, flexible polymer shell can prevent knobby ceramic structures from breaking apart.

Ceramics made using 3D printers crack under pressure like any plate or bowl. However, coating them with a flexible polymer cured under ultraviolet light gives the same materials a chance to retain their structural integrity, similar to the treated glass of a car windshield that is less likely to shatter.

Scientists at Rice’s Brown School of Engineering have demonstrated the concept of schwarzites – complex networks that have existed only in theory for decades but can now be made using 3D printers. When polymers are added, they resemble structures found in nature like bones and shells that contain hardened platelets in a biopolymer matrix.

The research results have been published in the journal Scientists progress.

The Schwarzites, named after German scientist Hermann Schwarz, postulated in the 1880s that “negatively curved” structures could be used anywhere very strong but lightweight materials were needed, ranging from batteries to bones to buildings.

Led by Rice materials scientists Pulickel Ajayan and Muhammad Rahman and graduate student and lead author Seyed Mohammad Sajadi, the researchers proved through simulations and experiments that a polymer coating no more than 100 µm thick can making fragile schwarzites up to 4.5 times more disaster resistant. fractures.

These structures crack under stress but do not collapse.

We have clearly seen that uncoated structures are very fragile. But when we put the coated structures under compression, they will support the load until they break completely. And oddly enough, even then they don’t completely shatter into pieces. They stay closed like laminated glass.

The research group included members from Hungary, India and Canada. They created computer models of the structures and printed them with polymer-infused ceramic “ink”. The ceramic was hardened on the fly by ultraviolet lights in the printer. It was then dipped into a polymer and cured again.

The uncoated structures were used as controls and the complex blocks were then subjected to high pressure. The control schwarzites broke as expected; however, the polymer coating prevented cracks from propagating into others, allowing the structures to retain their shape.

The scientists also compared the schwarzites to solid coated ceramics and found that the porous structures were inherently stronger.

Architecture certainly has a role. We saw that if we coated a solid structure, the effect of the polymer was not as effective as with schwarzite.

According to Pulickel Ajayan, the coatings act like the natural materials they mimic, with the polymer infusing flaws into the ceramic and improving its strength.

Rahman said various structural applications could benefit from polymer-reinforced ceramics. In addition, their biocompatibility could possibly make them usable in prosthetics.

I’m pretty sure that if we can topologically optimize these structures, they also hold great promise for use as bioscaffolds.