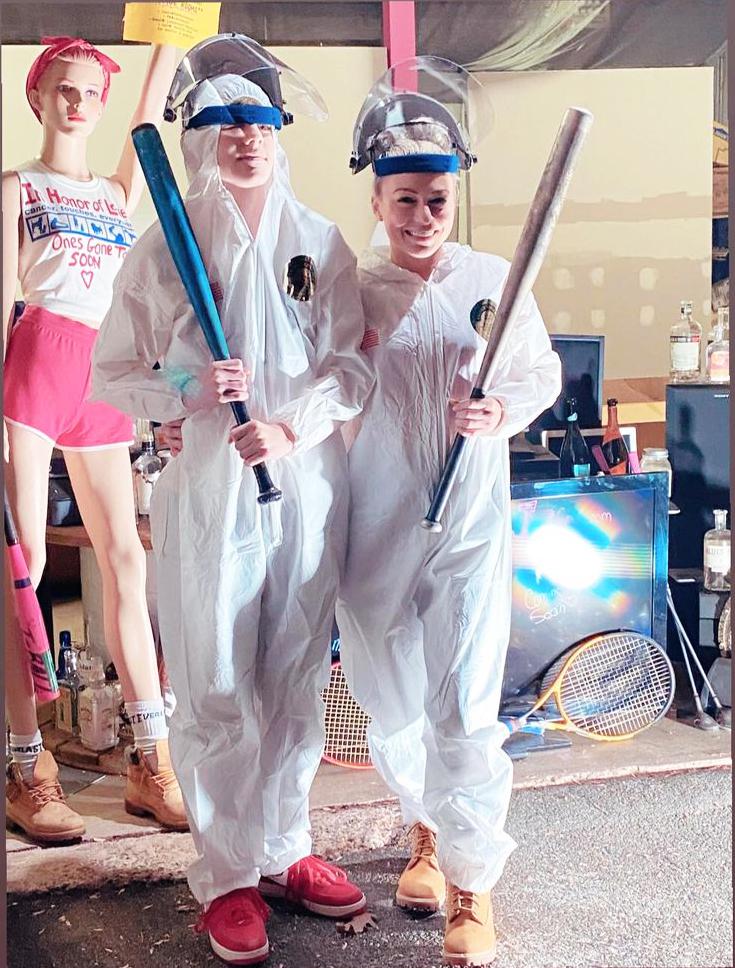 A new business that recently opened in Rocky Hill is literally breaking down barriers.

Lets Smash CT is a rage room where people can vent their frustrations by destroying objects. The owner, Tiffany Warzecha, is a lifelong Middletown resident. It is the first such business owned and operated by a woman in Connecticut, she said.

His journey to launching Lets Smash CT was not easy, however. Warzecha was a career bartender and model for 15 years, but lost her job during the pandemic.

Last year was particularly difficult for her. “I lost two grandparents last year to COVID. I lost a ton of friends to suicide, domestic violence, substance abuse,” Warzecha said. “I think people needed another outlet other than bars, drugs and real violence.”

She then started googling and came across the concept of a rage room. Warzecha thought it was a smaller investment than a bar or restaurant, and the effort was something she had to do for herself.

However, she encountered a few obstacles along the way. Getting insurance was difficult because his concept is classified as an extreme sport, and those in the industry are generally unfamiliar with rage rooms, Warzecha said.

It took about three months to get insurance, Warzecha said. “Most of the people I called literally laughed in my face and hung up on me.”

She eventually found a company that would work with her, as she has an employee who was an Olympian in 1990 and specializes in extreme sports.

Finding an owner wasn’t easy either. She visited about 50 locations and met owners who told her it was a great concept, but she couldn’t do it on their land.

She eventually found a spot in a plaza at 1275 Cromwell Ave. at Rocky Hill. The owner and his son worked with her and made her feel comfortable and enthusiastic about the business, Warzecha said.

She is the only employee, except for her 12-year-old son, who helps. She painted the business herself bright pink and neon green, with black and white checkered garage doors.

Ice and art smashes are the most popular.

Being environmentally friendly was also a big part of Lets Smash CT’s business plan. Warzecha has partnered with local bars to recycle their empty bottles.

“Instead of them throwing away their liquor bottles, I leave trash cans, and they put them in trash cans. I take them, replace the bins, wash them and use them for my guests if they want to break them,” Warzecha said. She also works with recycling companies to remove items after they’ve been broken.

One of his future goals is to partner with community members to recover items that no longer work. She’s been to many seniors’ homes and picked up items they can’t get rid of on their own, Warzecha said.

Her concept was well received by many and she received no complaints from anyone involved in her activities, but received negative comments on Facebook, Warzecha said.

“I just want people to understand that it’s an extreme sport, and it’s not for everyone,” Warzecha said. “It’s very therapeutic for people and it can help people a lot, and that’s what I’m looking for. I don’t incite people to be violent.

Warzecha clarifies that while breaking things can be therapeutic, if people need help they should seek out a professional.

His immediate goals are to organize parties, corporate events and partner with charities.

Prices range from $10 to $200, depending on activities or rooms booked. Protections such as helmets, Tyvek suits and gloves are included.

Lets Smash CT is open seven days a week by appointment only at this time. Warzecha plans to not require appointments in the future, but does not know when this change will occur.

Booking and exact pricing can be found at calendly.com/letssmashct or Lets Smash CT on Facebook.