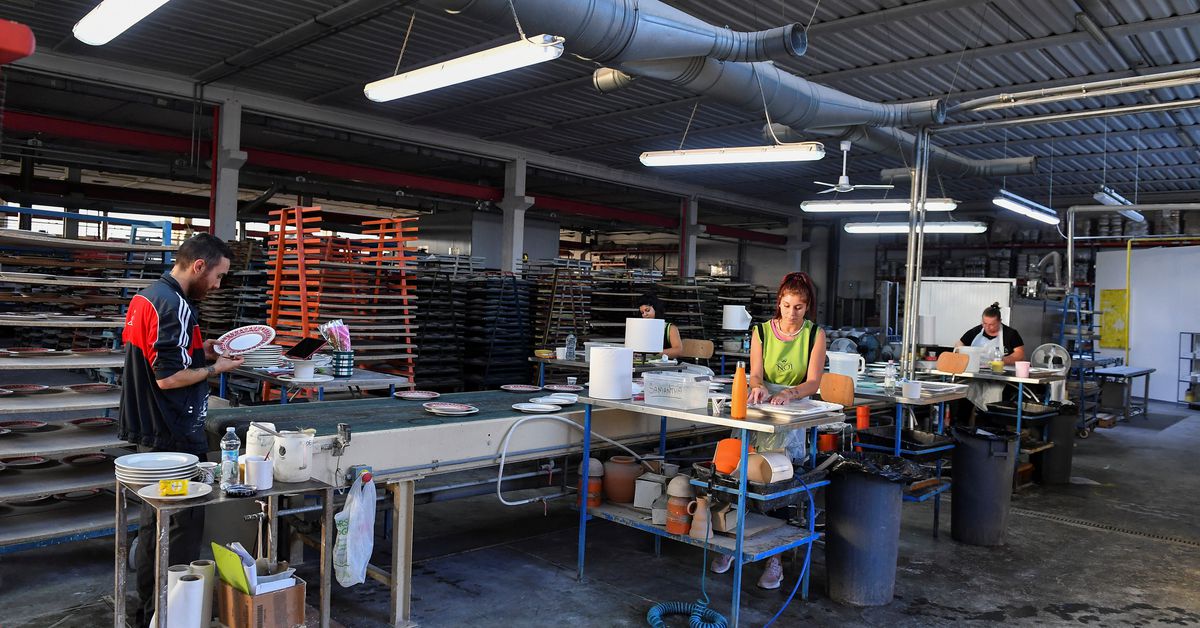 In central Italy, workers at the small ‘Ceramiche Noi’ factory, which makes plates, bowls and other patterned stoneware, have to get used to 6 a.m. to keep costs down. The company’s energy bill has soared 1,000% over the past year.

Bringing the start-up time forward by three hours allows the plant in the Umbrian town of Citta di Castello to take advantage of lower energy tariffs during off-peak hours and to operate when it is cooler.

“In the early hours of the day the temperatures are lower so we can avoid turning on the fans, which are always on during the day so that we can use the energy when it’s cheaper,” said the commercial director of ‘Ceramiche Noi’, Lorenzo Giornelli.

The shift illustrates how energy-intensive companies across Europe are adapting their operations to avoid being crippled by rising energy bills following Russia’s invasion of Ukraine. Read more

In the Netherlands, the company behind the famous “Delft Blue” pottery which depicts typical Dutch windmills and landscapes, intends to replace one of its three main gas kilns this year by an electrical alternative.

“Koninklijke Porceleyne Fles”, or Royal Delft (PRCF.AS) as it is better known abroad, will also turn down the heat this winter at its factory in Delft where artists still paint many pieces by hand.

She also makes more careful use of her ovens to bake as many pieces at once as possible.

CEO Henk Schouten said the company would like to replace all three ovens, but since each represents an initial investment of 100,000 euros, it will phase them out.

Rising prices were hurting the company’s bottom line, but electricity costs are also painful at current levels, he said.

The situation is not decisive for a company which has been in business since 1653, he said, but added: “I would like to have it (the money) in our profits and not in the costs”.

For some companies in the supply chain, however, the situation is becoming unsustainable.

Azuliber, one of Spain’s leading producers of atomised clay, was forced to halt part of its production this week and send 117 workers home after gas prices became “totally unaffordable”, the company said. company in a press release.

Clay atomization is a key step in the production of ceramic tiles.

Azuliber, part of Spanish tile maker Pamesa Group, said the cost of atomizing a tonne of clay had risen more than 1,000% in the past year and little help had been offered to the industry.