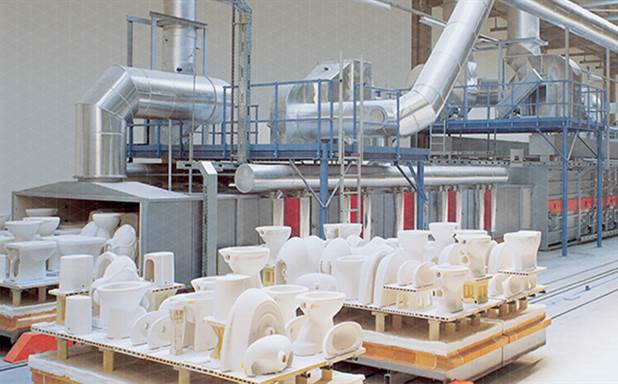 By producing the toilets, tiles, plates and pipes of the world, the resource-intensive ceramics industry can do a lot to clean up its act, environmentally.

Pumping out tons of pollutants like carbon dioxide and other gases while generating gallons of wastewater, ceramics is one of Europe’s least planet-friendly industries.

It draws in unthinkable amounts of natural gas to power burners that dry out – a mixture of water and clay – and heat its vast furnaces up to 1250°C.

Locked away in the northern Italian town of Pavullo, Atlas Concorde is one of Europe’s largest ceramic tile producers. It is also the first in the world to reuse more than 40% of its waste heat streams to heat the high-pressure water used in the production process. This means huge savings in energy, costs and emissions.

The revolutionary heat pipe heat exchange technology that saves Atlas so much energy is custom designed by Professor Hussam Jouhara and his team at Brunel University London and manufactured by Econotherm (UK) Limited, based in Bridgend.

In 2019, the EU-funded DREAM (Design for Resource and Energy Efficiency in Ceramic Kilns) project installed and began monitoring a 100 kW heat exchanger in a next-generation roller kiln at the Mirage tile factory in ‘Atlas.

“We have installed a system that is the first of its kind in this industry,” said heat pipe system designer Professor Jouhara, who leads Brunel’s heat pipe and thermal management research group.

“The system itself has had no impact on the day-to-day operation of the plant. It is invisible to the process. All it does is save fuel for the company and reduce its Its design is based on the experience we have at Brunel and builds on the success of the research group in carrying out large-scale industrial projects in collaboration with international partners.

“We recover just over 2500 MJ of energy per hour of work – enough to power an average UK home for over two months – and it offsets the heat that would otherwise come from burning natural gas in a step that dries raw materials.” 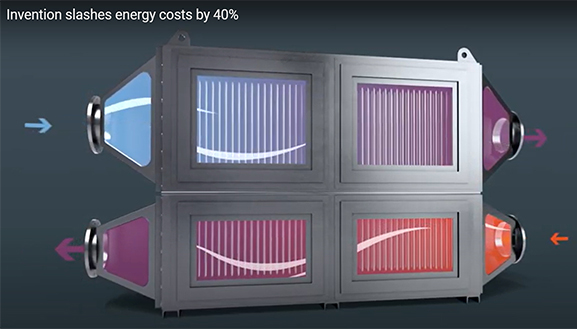 Perched next to the cooling section’s exhaust stack, the heat pipe heat exchanger has shown in six months that it has reduced emissions by 205.5 tonnes a year and saved £28,000 per year on electricity bills. Without it, the waste heat and energy that the plant generates in its production process would simply be vented into the environment, pumping tons of pollutants with it.

“This allows the company to make direct savings on fuel consumption and reduce its carbon footprint by burning less fossil fuels,” Professor Jouhara said. “That way it reduces the plant’s overall carbon footprint, generates profit, gives the owner a competitive advantage, which in turn increases profit margins. It also puts them in a stronger position within the industry and allows them to generate a higher level of growth in the market.

“Atlas now plans to replicate the system at all of its sites.”

The exchanger installed at Atlas is one of three new types of heat exchangers designed, manufactured and installed by scientists and engineers working on the EU-funded project, Etekina, to recover waste heat that would otherwise , would literally go up the chimney. Others are a steel mill in Slovenia and an aluminum foundry production plant in Spain.

Industrial producers must now become carbon neutral by 2050 and still have a long way to go, but with technologies like heat exchangers on the horizon, that seems like a more realistic goal.