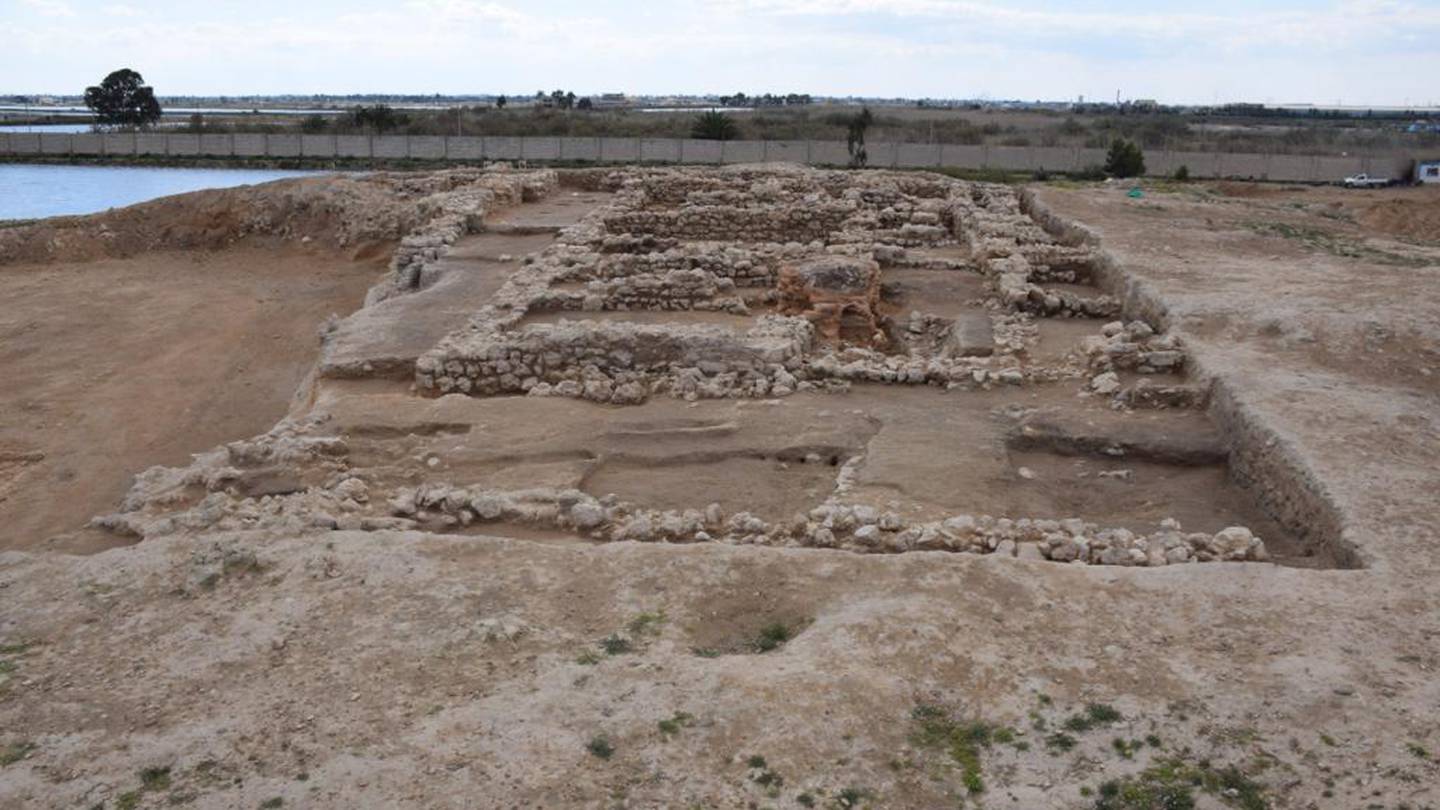 Discovery of a Roman-era ceramic workshop in Alexandria, Egypt

An Egyptian archaeological mission working at a site west of the Mediterranean city of Alexandria has unearthed a ceramic workshop dating back to early Roman rule.

The team found ovens, two of which were carved into rock, said Dr Mostafa Waziri, secretary general of Egypt’s Supreme Council of Antiquities.

One of the kilns was remarkably well preserved, Dr Waziri said, with an entrance that would have been used by workers entering and laying out the clay to be fired.

The ceramists would have sealed the door with clay and potsherds, then ignited the kiln by inserting fuel into a tilted chamber just below the door.

Although the site dates from the Roman period of Egyptian history, which began around 30 BCE and lasted around 600 years, there is evidence that points to its use in the late Byzantine period.

Two burials have also been discovered at the site, believed to date from the late Middle Ages when the site was used as a cemetery. One of those buried was a pregnant woman, the ministry said.

There was evidence of up to 100 graves, some of which were carved into rock.

Further excavations by the mission will continue at the site to ensure that nothing of value is left uncovered.

“Alexandria was very important in the Ptolemaic era because it was founded by Alexander the Great,” said Dr. Salima Ikram, professor of Egyptology at the American University in Cairo.

“It’s wonderful to have a whole industrial section of the ancient city, as it tells us about the daily workings of Alexandria, its people and its economy.”

A structure to the south of the two kilns was also discovered, said Dr Ayman Ashmawy, head of the Egyptian Antiquities Sector of the Supreme Council of Antiquities. It is believed to have been a storage room for the workshop’s finished ceramics. A large number of pottery items, including those used for cooking and serving food, were found inside.

The mission also uncovered a cluster of 13 chambers built from limestone. The chambers are thought to have been built during the Ptolemaic period (305-30 BCE).

Inside one of them, believed to have been used as a food preparation area, a large number of animal bones were found, including those of pigs, sheep, goats and fish. This room also houses several stoves.

Another of the rooms would have served as a separate workshop for ceramics. Inside, archaeologists have found grinders, pestles, amphoras and a variety of other tools used to shape ceramics.

In another room, clay vessels contained animal remains, which led the mission to believe that this had served as a pantry for the residents of the workshop.

On the floor of the pantry, the mission also found a large number of coins. Most of the pieces date from the Ptolemaic period. After minor restorations, the faces of Alexander the Great, the Greek god Zeus and the last Egyptian queen Cleopatra were found inscribed on the coins.

Another of the halls would have been used for worship, with an altar and a number of poorly preserved terracotta statues.

Some of the statues were made in the image of the god Harpocrates, the Greek adaptation of the ancient Egyptian child-god Horus, symbol of the daily rebirth of the sun.

Harpocrates emerged as a god during the Ptolemaic period when Greek culture began to take hold in Egypt, particularly in Alexandria, whose relics are deeply associated with the Greco-Roman period.

The community vision of the Taos Ceramics Center | Gallery guide