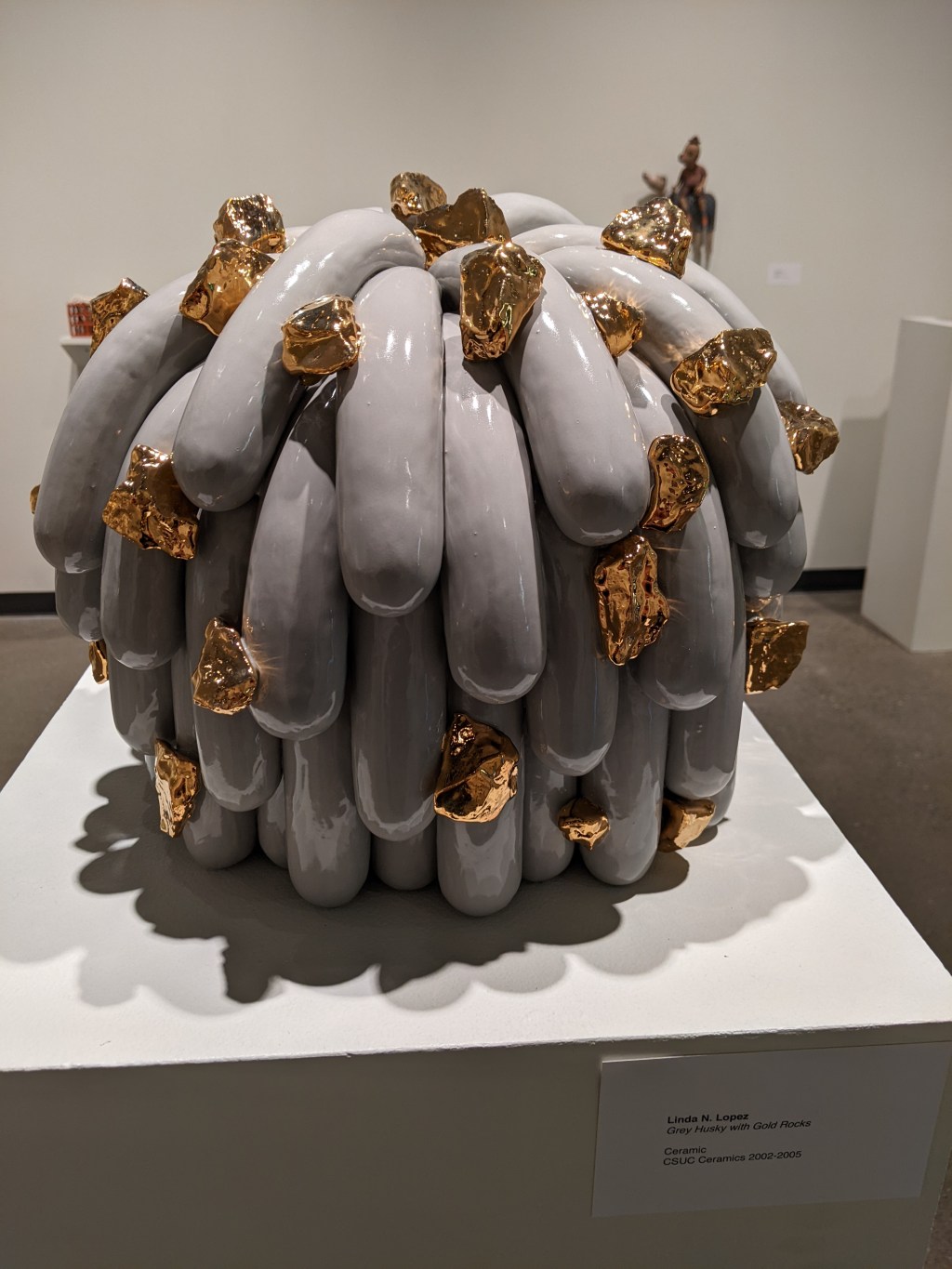 CHICO — Former art majors who attended Chico State from 1996-2021 have pieces on display in the Ceramics Alumni Exhibit at the Jacki Headley University Art Gallery on campus.

The show, which started on February 22, has been extended until Friday. It has 42 graduates.

“What’s special about the exhibit is a chance to reconnect with students who have passed through Chico,” said Cameron Crawford, art department chair and longtime ceramics teacher. “These alumni felt a special connection to Chico State and the City of Chico. Some made a special trip to see the exhibit.

Crawford said many of his former students had art jobs. Some teach in one way or another and work with students to get them excited about ceramics.

“It’s heartwarming for me as a teacher to see the joy transmitted,” Crawford said. “They are like a family tree. There are people who were students in the early 90s and 2000s who are doing great things. They are all my former students and I remember them for different reasons.

Crawford said inspiration for the artwork came “from everywhere”. He said some were inspired by nature and others by wild narrative imagination. Some pieces tell stories. Also, some of the pieces are functional, which means they are handmade items, like cups that people can drink from.

“There’s something for everyone,” he said. “It’s great to see the inspiration and different things.”

Crawford said the pieces are relatively new, although some may be a few years old.

When Crawford was gathering artists who might want to contribute to the exhibition, he contacted everyone whose contact details he had, about 60 to 70 people. “It’s a celebration of a quarter century of people,” he said.

The impetus for the show came from a ceramics conference held in Sacramento as part of the National Board of Education for the Ceramic Arts. People came from distant places like Tennessee, Maryland, Utah and Florida to attend the conference.

Artist Jacob Troester graduated from Chico State in 2013. He now works in Butte College’s ceramic lab as a technician, where he worked for four years.

Troester has three small pieces in the show which are red and white clay scaffolding structures. He used a 3D clay printer that interacted with the piece. His goal was to combine ceramic techniques and new technologies in the ceramic process. His pieces are titled “Scaffold and Piles one, two and three”.

“It was a great experience, I had never done anything like this before,” Troester said.

Troester was invited by Crawford to submit a play.

“There are almost 10 artists who were my contemporaries with pieces in the exhibit,” he said. “It was a great opportunity to show off the work with friends of mine who I’ve stayed in touch with. Chico State’s ceramics program is very impressive, and a lot of talent has come from there over the past 20 years that I respect.

Her pieces were made to satisfy her curiosity and desire to experiment with ceramic materials and the ceramic process and try something new.

The exhibition of ancient ceramics continues until Friday. It is a free exhibition and open to the public. Gallery hours are 12:00 p.m. to 4:00 p.m. The exhibit is located in the Jacki Headley University Art Gallery, located in Room 121 of the Arts and Humanities Building at Chico State.

“Ceramics in the Expanded Field” brings together the multimedia uses of clay – ARTnews.com